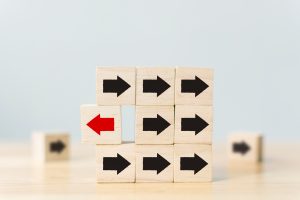 The FCA’s consultation on advising on pension transfers has now closed and we wait with baited breath for the response; expected in early 2021. Add that to the lists of reasons for wishing 2020 away. In the meantime though, there’s something for occupational pension scheme trustees to ponder over their porridge.

Since the “new” pensions freedoms were introduced in 2015, pension transfers have been a boom industry.

Believe it or not close to 235,000 DB members received advice on potential moves in the first three and a half years.

The consequences of a “bad” transfer decision can be dire. Years of hard work and saving can be lost quicker than one can sing my old man’s a dustman.

We must do something then…

Remember there are already protective measures in place. Of particular relevance is the requirement for anyone wishing to transfer DB benefits valued at £30k or more to a DC scheme to obtain appropriate independent (financial) advice.

All well and good but, from the trustees’ side, effectively it’s a rubber stamp.  Trustees must just check that the member has been given advice from an adviser with the required qualifications.

Yes, they (and their advisers) should do a bit of background work and raise any red-flags of a potential scam but they are not responsible for checking what advice was given to the member, what recommendation was made or whether the member is actually following the recommendation.

For a while now there have been concerns over the suitability of the advice on offer. It’s not necessarily that there are always major scams on the go.

Instead, the FCA believes there’s a struggle for firms to provide advice that’s “consistent” and “suitable”, and they want to address that by producing guidance for financial advice firms.

Sounds sensible; but why is it of interest to trustees?

Hidden away in the depths of Annex 2 is wording that suggests that DB scheme trustees providing illustrative transfer values in retirement packs, or indeed giving an indication of the income such a transfer might provide externally, risk straying into the muddy waters of giving advice. This they must not do.

Does my scheme do this?

Worth checking. It’s increasingly popular and well intentioned.  The idea being to enable members to make an informed decision.

Some schemes provide a full transfer pack as part of retirement communications, others provide a shorter form illustration.

But what should we do?

Don’t panic. The issue has been raised with the FCA and we’re hoping they will clarify their position when they publish their final rules and guidance. In the meantime, trustees need not make changes to the information they’re giving, but they may prefer to do so. It’s certainly worth considering the matter now, rather than having to react rapidly in a few months’ time.

That said, if your scheme doesn’t already provide such illustrative transfer values, now is not the time to introduce them. Doing so might open trustees up to criticism for going against the direction of travel in this area. If you’ve got such plans, stick them on the backburner for the time being.