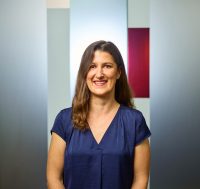 Adeline advises trustees, scheme managers and employers on a range of pensions issues, including the interpretation of scheme documentation, member communications and regulatory requirements. She also advises trustees about discretionary decisions and dealing with member complaints.

Recently, Adeline has been involved in various corporate reorganisation projects: advising either trustees or employers about pension scheme mergers and transfers, scheme closures and the introduction of benefit changes.

Cross-country skis or a tennis racket depending on the season. Two wheels good all year round. Films you have to read.

Adeline Chapman writes ‘Ask the Expert’ column for the PMI

Hot topic: Are you ready? The new statutory transfer regime