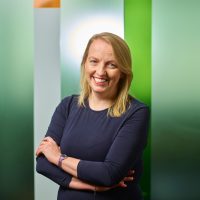 Janet deals with all aspects of pensions advice to employers and trustees of both DB and DC arrangements and governance committees of contract based schemes. Her work covers standard documentation work, mergers and de-mergers, corporate transactions and helping both schemes and employers through the increasing world of pensions legislation.

Janet is the day to day partner on a number of large multi-employer DB schemes across the oil, chemical and university sectors and also advises on DC schemes in terms of investment and auto-enrolment compliance.

Janet has written for Professional Pensions on conflicts of interest and Pensions World on various issues such as record keeping, bankruptcy, and pensions reform. She is also a regular speaker having spoken at the PLSA local groups, APL and Pensions Trustee Circle.

Tenacious, but snail paced, runner over 5km, 10km and once a year I haul myself round the Great North Run; half marathon. Other time is occupied with worrying about Sunderland AFC’s progress and trying to cram in the book club’s read of the month.

TPR consultation raises stakes for all employers and trustees

Sackers comments on looking ahead to pensions white paper

Security and sustainability in DB schemes