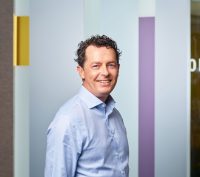 Peter is head of Pensions & Investment Litigation and has over 20 years’ litigation experience, 17 of those solely dealing with pensions-related disputes. Peter is ranked as a leading lawyer for pensions litigation by both Chambers and Legal 500. Peter’s practice includes:

Peter has been at the cutting edge of the development of the Pensions Regulator’s powers. Matters where he has acted for the trustees include:

Recent High Court cases in which Peter has acted include:

Peter also has significant experience of mediation, largely in the professional negligence context.

Golf, tennis and my kids (although not necessarily in that order!)

Contingency planning in the shadow of the Pension Schemes Act webinar

Disclosure and the ESG spotlight – will you be blinded by it?

Pension Schemes Act 2021 – the dawn of a new regulatory era?