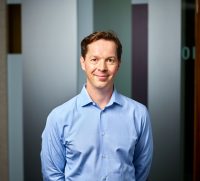 Ralph is a finance and investment specialist with over 15 years’ experience in the pensions arena. He is the lead partner for a range of clients on both general pensions and investment and is frequently involved in project work.

Ralph was drawn to risk transfer work because of the opportunity to take part in transactions with a range of managers, consultants and insurers. As buy-in, buy-out and other risk transfer options have become an increased priority for clients, Ralph has developed a particular focus on these areas and has worked on some of the biggest projects in the market in recent years.

Ralph is also a member of the firm’s Public Sector team, maintaining a strong Local Government Pension Scheme practice and currently advises a number of administering authorities on their investment matters.

Ralph has advised at least 15 administering authorities on their investment arrangements including on a broad range of investment proposals.

He frequently advises on the application of the LGPS investment regulations and has provided legal input on pooling options and proposals.

Ralph also advises on participation in the LGPS generally and has long standing experience on admission agreements and the associated legal risks and options.

Response to consultation on changes to climate and investment reporting

Getting to net zero

Consultation on changes to climate and investment reporting