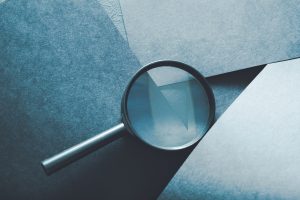 Sacker & Partners LLP (Sackers), the UK’s leading specialist law firm for pensions and retirement savings, today announced the results of their most recent webinar survey which showed that most respondents were not overly concerned about TPR’s new powers. The survey of the Pension Schemes Act webinar attendees showed that 43% of respondents have no concerns in relation to TPR’s new powers, 40% are mildly concerned and 17% are either very or extremely concerned.*

Sackers partner Peter Murphy commented: “After much uncertainty, the Pension Schemes Bill has at last become the Act. Unfortunately though, we’re still not over the finish line! It looks as though we may have to wait until the autumn, at least, before all of TPR’s new powers will have legal force. Our survey has showed that many trustees and employers are not, at present, overly concerned with the powers and how they might be deployed in practice. But it is still early days and, with more information to be published in the months ahead, I expect we will all be in a better position to judge by the end of the year.”

“Our advice to trustees and employers alike is to keep a close eye on the various regulations, Codes and Guidance as they develop and think about the steps that you might want to take in getting to grips with the practicalities of this new legal and regulatory landscape. Although I doubt that we will see a flurry of criminal prosecutions, corporate decision-makers will need to be even more aware of their pensions obligations – and trustees will be even more involved with, and able to influence, corporate activity.”

Murphy concluded: “Regardless of when exactly TPR’s new powers will take effect, now is the time to recognise what they are seeking to achieve and act accordingly. Where there is a relevant DB pension scheme, significant corporate decisions will need to be carefully considered in the context of TPR’s new powers. Trustees genuinely have a seat at the corporate stakeholder table, and they will need to engage responsibly.”