Brexit and pensions – actions for trustees 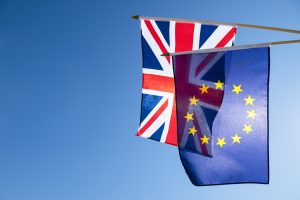 The UK left the EU on 31 January 2020 and is currently in a transition period until 31 December 2020 (the “Transition Period”), during which time most EU law continues to apply to the UK.

Whilst Brexit is not expected to have a significant impact on the legislative framework for, or regulation of, occupational pension schemes, we highlight below some key actions for trustees to take at this stage.

Trustees should consider whether a “no deal” Brexit will have an adverse impact on the scheme sponsor and therefore on the employer covenant. The extent of the impact should inform discussions on the scheme’s investment strategy and funding.

The scheme’s funding position could also be affected by Brexit-related market changes. Trustees should continue to monitor investment performance in the usual way and consider any potential impact on the scheme’s ability to access European investment funds.

Action: Trustees should liaise with their investment adviser and covenant adviser on these issues.

The General Data Protection Regulation (the “GDPR”) has already been hardcoded in to domestic law by the Data Protection Act 2018. Whilst we are not expecting any immediate departure from the GDPR, it is possible that there could be changes further down the line.

Transfers
If the Transition Period ends before the EU Commission makes an adequacy decision about the UK, the UK will be a “third country” for the purposes of the GDPR. This means that organisations based in the EU will not be able to transfer personal data to the UK unless appropriate safeguards or exemptions (derogations) are in place. The Government is currently seeking an adequacy decision from the European Commission.

Action: Trustees should determine the extent to which scheme data is processed within EU Member States. If data is being processed in the EU, then trustees will need to follow up with the relevant provider to understand how they propose to deal with personal data in in the event of “no deal” or no adequacy decision.

Personal data relating to individual who live outside the UK
If the UK does not receive an adequacy decision, Brexit legislation requires any personal data relating to individuals in the EU which was processed before the end of the Transition Period to continue to be processed in accordance with the GDPR. As the Data Protection Act 2018 hardcodes the GDPR, there will be no difference at this stage. However, if the Data Protection Act 2018 departs from GDPR requirements in the future, then these individuals may need to be treated differently.

The Government has confirmed that UK law allows for workplace pensions to be paid overseas. The Government does not expect this to change after Brexit.

In relation to members living overseas and whose benefits are paid into a UK bank account, there had been reports that customers of UK banks living in Europe would have their UK current accounts closed after the end of the Transition Period.

The Financial Conduct Authority has responded to these reports and noted that:

We do not recommend issuing a Brexit statement, but should trustees wish to reassure members a short statement could be included in a planned communication.

Action: Trustees should be prepared to field questions on the potential impact of Brexit.