Is your Single Code strategy race-ready? 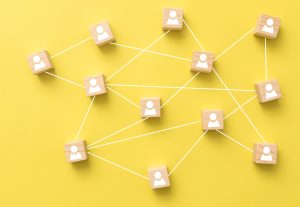 At the time of writing, the updated version of the Pensions Regulator’s (TPR) new single code of practice (the Code) is still awaited. Although we are not yet at the finish line, TPR has indicated that it hopes we’ll see the finalised version in the next few weeks.

Many trustees will have been using the last few months to carry out a gap analysis of their policies and procedures (both in terms of the existence and content of those documents), with the aim of taking the sting out of the work that will be involved once the final version of the Code is published. Given the time that has passed (and continues to do so) since the first draft of the Code was issued in March 2021, trustees would be somewhat forgiven for running out of steam or losing focus on why this gap analysis – as a precursor to the effective system of governance (ESOG) – is important and what the ESOG and underlying focus on governance can achieve. In this blog, we take a look at some scenarios in which good governance can prove to be invaluable.

Preparing for every eventuality

Consider each of the simplified and non-client specific scenarios below.

Scenario 1: TPR has been in contact with the chair of trustees in relation to the scheme’s recent valuation. It requests several documents to be provided within 24 hours, including the trustees’ conflicts of interest policy, risk register, copies of minutes from relevant meetings, and copies of professional advice taken. Can you locate the most up-to-date versions of all of these documents and provide them to TPR within the tight timeframe that TPR sets when it makes requests of this sort?

Scenario 2: A potentially deadly new virus leads the Government to mandate that everyone must isolate in their homes for an indefinite period. How do you make sure benefits can continue to be paid, that scheme processes and business can continue without interruption, and that the trustees can still make valid decisions during this time?

Scenario 3: The Government announces unprecedented tax cuts during a cost of living crisis, causing gilt yields to sky-rocket. In response, your investment consultants have advised the scheme will need to generate emergency collateral. Are all of your trustees confident that they understand what is happening? Can you rely on your advisers to deliver? Do you have all the information you need and can you continue to govern the scheme in an effective manner both in relation to this issue and tending to ‘business as usual’ demands? What implications will this have for funding, investment and covenant more generally?

Tempting as it may be to view gap analysis and preparation of the ESOG as a tick-box compliance exercise, the aim of the scenarios above is to illustrate that the ESOG is designed to solidify a good governance framework. Put another way, does your scheme have the necessary policies and procedures in place to ensure that it can continue to respond to circumstances and be governed effectively and efficiently in the event of a key issue or risk materialising in practice? Scenario 2 will be recognisable to all of us. How did your scheme fare and are there any changes that would help it to weather another major event?

Through this lens, the ESOG will necessarily need to be specific to your scheme’s circumstances. For example, the extent to which Scenario 3 is relevant for a scheme will depend on the nature of any LDI arrangement, e.g. whether it is segregated or pooled, the extent to which leverage is employed and the discretion the manager has under the mandate. Whilst there are certain new policies that TPR suggests are put in place (for example, in relation to climate change, stewardship, diversity and inclusion, and cyber risk), considering Scenario 3 helps to put some colour on TPR’s approach of not prescribing the exact form and content of governance policies and procedures as it demonstrates the need for a scheme-specific approach and to consider what is relevant to each scheme. It is also important to bear in mind, in this context, TPR’s expectations that the ESOG will be proportionate to the size, nature and complexity of each scheme. Some schemes may wish to put in place a very detailed policy on a particular area covered by the Code, whereas others may be comfortable to include a paragraph or two as part of a more general policy or process document.

The ESOG itself will also need to be formatted in such a way as to be easily accessible, up-to-date and user-friendly. If it is put together in this way, it would be a helpful tool generally, and an effective and accessible reference point if a scheme receives a request of the sort described in Scenario 1.

Leading on from this, the Own Risk Assessment (ORA) will need to assess how effective those policies and procedures have been in mitigating and managing key risks in the previous 12 months. The ORA therefore shouldn’t be considered a year-on-year “cut and paste” exercise; it (and the ESOG) are intended to evolve with your scheme, depending on the risks the scheme is most exposed to and the scheme’s own evolution. Looking ahead, the sorts of questions to be asking yourself when preparing the ORA (the first of which will need to be completed within 12 months of the Code coming into force, unless your scheme has fewer than 100 members) include:

As we head towards the end of the year, we find ourselves firmly within the timeframe that TPR has set for publication of the final version of the Code. It may, therefore, be helpful for trustees to take stock of their gap analysis and, if helpful, prioritise those policies and procedures which link to key risks for their scheme. Your usual Sackers contact can help you with this.