Home » Blog » New funding and investment strategy regulations – what do they mean?

New funding and investment strategy regulations – what do they mean? 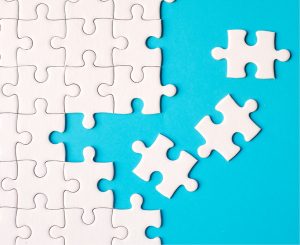 The DWP is currently consulting on draft regulations which set out the detail of the requirements introduced under the Pension Schemes Act 2021 for defined benefit schemes to have a funding and investment strategy and submit a written statement of that strategy to TPR. These regulations have had a long gestation period. Arguably, their origins can be traced back to the fallout from the BHS scandal.

The overriding aim of the new regulations (and the Pension Schemes Act they originate from) is to make sure DB schemes are well run and deliver the benefits they promise in full. Only time will tell if the new requirements will have the desired effect.

The focus on long-term funding isn’t a new concept. This idea has been a hot topic since the 2018 white paper on the future of the UK’s DB pension system.

In terms of the impact these new requirements will have on how DB pension schemes are run, the need to focus on a scheme’s endgame shouldn’t really come as a surprise to anyone – TPR’s annual funding statements over the past few years have all encouraged a focus on long-term planning. The key difference here for a well governed scheme will be the new statutory requirement to capture its funding and investment strategy in a written statement and ensuring this is done in a form which meets with TPR’s approval. Trustees with experience of completing DC chair’s statements will know that this is easier said than done.

More legislation usually means more costs for pension schemes. These new requirements arrive at a busy time with schemes bracing themselves for the imminent arrival of TPR’s single code of practice and, what can seem like, an ever increasing governance burden. There is certainly potential here for these changes to create a significant amount of extra work for trustees and employers. They could also have a disproportionate impact on smaller schemes who might struggle with the new requirements to produce the additional documentation required by the new regulations and deal with any resulting scrutiny from TPR.

Employers will have a role to play, but the full extent of this is still somewhat unclear. For the time being, employers should start familiarising themselves with the new requirements and give consideration to what they see as being the endgame for their schemes.

The new regulations won’t necessarily strengthen trustees’ hands when it comes to future funding discussions with their employers or mean that we will see a more interventionist approach from TPR. As things stand, TPR already encourages trustees to be alert to any form of covenant leakage and to ensure their schemes are being treated fairly compared to other stakeholders. We expect this focus to continue once the new regulations come into force. In addition, TPR already has broad intervention powers, but in practice uses them sparingly. A key question is what will TPR do with the information contained in trustees’ strategy statements when it receives them? Might we see TPR getting more involved in funding and investment discussions in the future? As things currently stand, it seems unlikely that these new requirements will fundamentally change TPR’s policy on enforcement and how it chooses to engage with defined benefit pension schemes and their employers.

As a final point, it is worth noting that these new regulations only represent part of the new DB funding jigsaw. There is more to follow in the Regulator’s revised DB funding code of practice. The Regulator’s second consultation on the new code is due to follow once it has “taken the opportunity to learn” from the DWP’s current consultation, which closes on 17 October 2022, so there is a way to go before we have all the pieces in place.