Home » Blog » What does high inflation mean for pension schemes?

What does high inflation mean for pension schemes? 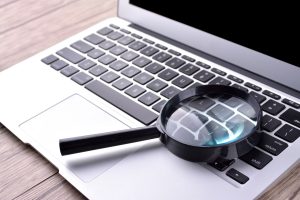 For most of the past thirty years it is fair to say that if you were lucky enough to have a defined benefit (DB) pension then you didn’t need to worry about inflation too much. With the cost of living soaring this looks set to change. Latest figures show that the CPI rose by 9% in the 12 months to April 2022 with this figure expected to climb higher in the coming months.

Whilst DB pensions do have some degree of protection against inflation this protection is usually capped (eg at 5%). It is also worth noting that different periods of pensionable service may also be subject to different levels of increases – whether prescribed by statute or under the relevant scheme rules (for example there is no statutory requirement to increase DB pensions attributable to pensionable service before 6 April 1997 unless the scheme was contracted out).

With inflation widely expected to hit 10% this year, below-inflation pension increases look set to become the norm. This will mean that pensioners with DB pensions will be worse off in real terms.

Trustees should consider whether their members are aware of the limits on how much inflation protection their pension scheme will provide. Consideration should also be given to whether some members will be more impacted by inflation than others (such as a member with little or no service after 6 April 1997).

As the effects of inflation start to be felt, pension scheme trustees and employers may come under pressure from members to award discretionary increases in excess of what is provided for under their scheme rules. It is worth noting that the pensions landscape is significantly different from the last time inflation was running at the levels we are seeing at the moment (the early 1990s). When Nirvana released Nevermind in 1991 many DB schemes were running a surplus which meant that often discretionary increases could be granted without immediate additional funding from the employer. This time round, more schemes will probably find themselves in deficit and extra cash will be needed. Accordingly, it seems likely that the granting of discretionary increases will be less common and potentially a source of tension between trustees and sponsors..

Against this backdrop trustees should prepare for increasing numbers of enquiries about their schemes’ discretionary increase provisions and, if increases are not granted to ameliorate the effects of inflation, possible complaints from pensioners about how these provisions have been operated.

Another key change in the pensions landscape is the huge number of DB schemes which have closed to future accrual. Members of these schemes will have lost the protection against inflation given by having their pension benefits linked to their future final salaries. This issue will also need to be considered by employers and trustees of DB schemes considering closure to future accrual in the current environment.

Over the past few years many DB schemes have looked at the possibility of switching from RPI to CPI as the measure for determining how they increase benefits (with a view to decreasing liabilities). The extent to which this is possible depends on each schemes particular rules. It will be interesting to see how a high inflation environment will impact employers and trustees considering such a move. With inflation becoming a “hot topic”, attempts to switch to a lower index (such as moving from RPI to CPI) may well come under greater member scrutiny than might have been the case in the past.

Members of defined contribution (DC) pension arrangements will also be impacted by high inflation. Will savings’ returns keep pace with inflation? If not, long-term retirement income will be negatively affected. In retirement, many annuities have little or no inflation protection.

In particular a prolonged period of high inflation may also see a new set of challenges for members making use of pensions freedoms to flexibly access their DC pension savings. With many people now self-managing drawdown, retirees face a difficult choice between drawing down more now in order to maintain their current standard of living and trying to preserve their savings for use in later years. The danger of withdrawing savings earlier than you might otherwise have done is that those savings stop working for you and you miss out on the potential for future growth. Withdrawing money early from your pension savings may also have an impact on the amount you can pay into your pension savings later (should you be in a position to do so).

We may see also more members of DC (and DB arrangements) looking to postpone their retirement.

DC members saving too little is hardly a new phenomenon. However, the future impact of this is amplified in a high inflation environment and creates a real risk that more and more people will not have saved enough by the time they come to retire.