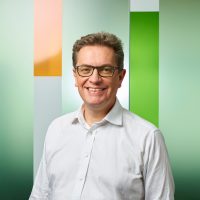 Edward has been a partner at Sackers since 1996 and a pensions specialist since qualifying in 1989. Over this time he has built a strong specialist expertise and knowledge base in all aspects of pensions work. He has extensive experience of advising trustee boards and companies on a wide range of pension issues.

Edward is a trusted lead adviser to some of the largest schemes in the UK. He works closely with the Chairs of the Trustee Boards he advises, and can call upon over 30 years’ experience in pensions to address complex issues when they arise. He has particular experience of advising trustee boards on the impact of corporate change.

Recent work highlights include leading on negotiations relating to covenant protection due to a proposed restructuring, and working closely with another Trustee client in relation to the impact of a proposed joint venture, ultimately concluding successful negotiations to create an agreement covering the legal, funding and covenant structure going forward.

Membership of professional bodies:
Association of Pension Lawyers (Full member and formerly an elected member of the Main Committee)

The Government defines its ambition